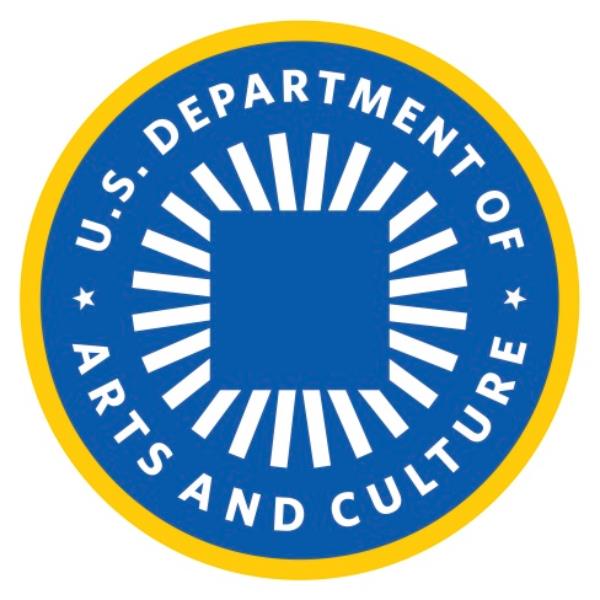 The US Department of Arts & Culture is the newest national arts organization in the country. But despite its provocative name, it doesn’t take a penny from the government. In fact, it’s less of an organization and more of an idea. Founder Adam Horowitz calls it “an act of collective imagination.” Advocates like Americans for the Arts and Quincy Jones have been fighting for years for a cabinet-level arts and culture position in the government. Horowitz decided to start from the people instead.

The USDAC was launched during a press conference in October 2013 at the Imagining America Conference. It is based on a core set of beliefs: that culture is a human right, that cultural diversity is a social good, and that artists have important roles to play in community development. Low on funds and big on ambitions, the USDAC is looking to spark a locally-rooted, national movement to “provide universal access to empowering creative experiences that build empathy and social imagination.” Part arts initiative and part public performance, USDAC brings a healthy dose of playfulness to its work, as can be seen in their welcome video:

The USDAC has put out a call for twelve “founding cultural agents.” Those whose applications are accepted will receive six weeks of training, and be charged with hosting local “imaginings” in their communities, at which  artists, organizers, and other community members can envision a future for the country in which “art’s transformative power has been fully integrated into all aspects of public life.” If you’re not interested in being a cultural agent, but still want to get involved, you can enlist as a citizen artist.

The USDAC offers an overarching framework that could help to link and support diverse, often isolated cultural efforts around the country. But it will only work if we all get involved. Check out the website. Does it resonate with you? Might this blend well with the work you are already doing? Does it spark any new ideas? Where should the USDAC go next?