Recently I had the chance to speak with Anas Canon, founder of the independent hip-hop label Remarkable Current, and the Hip-Hop Ambassadors program, which builds cross-cultural bridges around the world through music. He was very open, kind, and actually surprised me quite a bit with some of his answers. We discussed the founding of the Hip-Hop Ambassadors program, working with the State Department, the goals of cultural diplomacy, and the roles of spirituality and hip-hop in bridging across difference.

How did you get involved in music and producing originally?

I was raised around music my whole life, I have it in my blood. My father’s a professional musician — he plays the organ. And my stepfather, who raised me past the age of 3 or 4, was an audiophile. He and my uncle had music listening rooms, where they would put the speakers just right and put on a brand new pressing of a certain recording, like Miles Davis. Then they would smoke a joint, put the needle on the record, and sit there and listen. Then they’d stop it, get up and move the speakers a little bit, and then sit back and listen. Listening to music was their hobby and their passion. So I grew up listening to music in a unique way. And we would listen to high-end jazz, more avant-garde stuff; they were tuned into that and I wanted to be cool like them.

And then in late high school I started teaching dance at the dance studio of a man named Keith Banks, who is still a mentor of mine. And I was making a lot of money compared to cats who were flipping burgers or working at the yogurt shop. I was a choreographer and dance instructor through my early 20’s. Then because of a certain spiritual trajectory I was on, I decided to travel. I traveled to North Africa and Europe and hung out and studied, and when I came back I went to work as an assistant in a recording studio. That sort of began my career as an engineer.

Basically ever since then I’ve kind of been bouncing around studios, had some great mentors, and then began freelancing. Somewhere along the line I decided that I wanted to make music as well, so I started recording and producing with friends and in 2001 founded Remarkable Current. I think we’re at 14 or 15 releases now.

How did the Hip-Hop Ambassador’s program come about?

I was working as an independent producer for a band called Native Deen. They were doing some work for the State Department, and they asked me to go out with them. Native Deen does Muslim rap, so the state department would send them to Muslim-majority countries. That was my first exposure to the fact that the State Department was using music for cultural diplomacy. But I realized that the state department didn’t have anything designed to utilize real, serious, authentic hip-hop. Meanwhile I had this roster of artists from the label, and tons of original content. I knew the history of the Jazz Ambassadors program, and I thought, “Why don’t I start a company that’s designed to fill that need?” We did a website and I reached out to some contacts I had known, and that was the beginning of it, man.

And this was in the Condoleeza Rice and George Bush era. George Bush was actually spending a lot of money on cultural diplomacy, more than Obama has. You’d think it would be the other way around. We think of him as being this real right wing conservative, “we don’t care about anybody but Americans,” but there was a whole other side to that administration. Of course the knee-jerk counterargument was that they were doing so much harm around the planet, they were doing this stuff to balance it out. But i don’t know if that’s completely true.

When you go out on a Hip-Hop Ambassadors trip, what exactly do you do while you’re there?

I’ll use Indonesia as an example. We hit the ground and went directly to the US ambassador’s private home and did a show for his guests, maybe 150 people. Then every day, in the morning, we’re either at a radio station, a TV station, or a school. Then we grab lunch, and in the afternoon we go to the next location. It could be an orphanage where we do an impromptu show, or a panel discussion. From there we usually go to a venue and do a sound check, have a little break, and then play the night show. And then we wake up the next day and do it over and over and over again. It’s hardcore. We don’t stop.

Who do you work with in the country?

If we’re going to a Muslim country I often know somebody there. Or I go on Facebook and ask “Who’s the best rapper in Tunisia,” and I’ll Google search the cat, watch them on YouTube. And if he’s dope I’ll contact the State Department and ask if they can get in touch with them and tell them I want to meet with them while we’re there. Sometimes the liaisons at the embassy, younger cats who are locals, will have relationships already. So then the embassy will reach out, and say “Hey, we’re going to be in your city. Would you be interested in coming and performing with these guys or having dinner? Inevitably we’re gonna hit it off because we’re all musicians. And because I’m a recording engineer and producer and I do a lot of remote recording, I can record anywhere. I’ll be like, “Yo, let’s do a song,” and we’ll record in the hotel room.

I’m curious what made you want jump into this work. And why did you feel like there was this need for a hip-hop ambassadors program?

I’m really into American foreign policy, and I’m very much into music and the history of American music, so this is kind of a fusion of all the things that I’m really passionate about. And it’s also a way for me to try to make some impact. When I was on the early tours before Hip-Hop Ambassadors I was really able to see the impact that connecting with Americans could have on people in developing countries who maybe have never met an American, and who have probably never met an African American person.

I think it was probably one moment that I had in Zanzibar, when I was out with Native Deen. One of the guys in the band had lost his luggage on the flight, so we went out shopping. We’re in this little shop, and a kid starts speaking to us, he’s maybe 17. He speaks a little English, and he’s like, “Where are you from?” We’re said, “Oh, we’re from America, from California. And he’s like, “Oh, California. Tupac.” And he starts spitting Tupac rhymes, like 16 bar verses, not missing a word. At the end of it he goes, “I don’t really like west coast, I like the east coast, I like Biggie.” So he starts spitting Biggie verses. And we’re just standing there watching this dude. He doesn’t understand the words that are coming out of his mouth, but that’s how he’s showing us what he understands about our country and about our culture. And I’m very critical of Tupac. He was a drug dealer, a misogynist, and a criminal. So to me this was like if someone was in Africa and might be like, “Ooga booga,” or some ignorant shit like that, not having any point of reference. Or going to holland and saying, “Where are all the wooden shoes?” But it wasn’t his fault. That’s what we export. America’s greatest export is media.

We talked to the kid, we’re like, “Yeah, we don’t really do music like that, that’s not what hip hop’s all about.” But you can only say so much. This is how he understands the Black American experience. And I realized that people who are interested in the world perceiving African Americans and African American art in a different way, it’s our responsibility to create compelling content that competes with what major media companies are doing. We need to be finding ways to distribute and disseminate that content, and to make it equally entertaining. It’s not enough just to make it socially conscious, it has to be as entertaining and energetic and cathartic for the listener, and maybe it has to be as shiny or as aggressive or as sexy. If I don’t like walking into a little boutique in Africa and having somebody explain my culture to me vis-á-vis a Tupac lyric, it’s my responsibility.

Click Here for part 2 of my interview with Anas Canon… 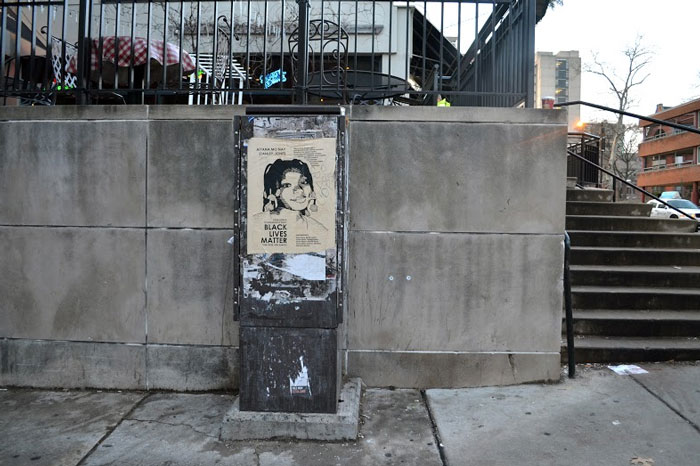 #BlackLivesMatter #SayHerName and the Art of #tintedjustice

Interview with a Hip-Hop Ambassador (Part 2)

1 thought on “Interview with a Hip-Hop Ambassador (Part 1)”