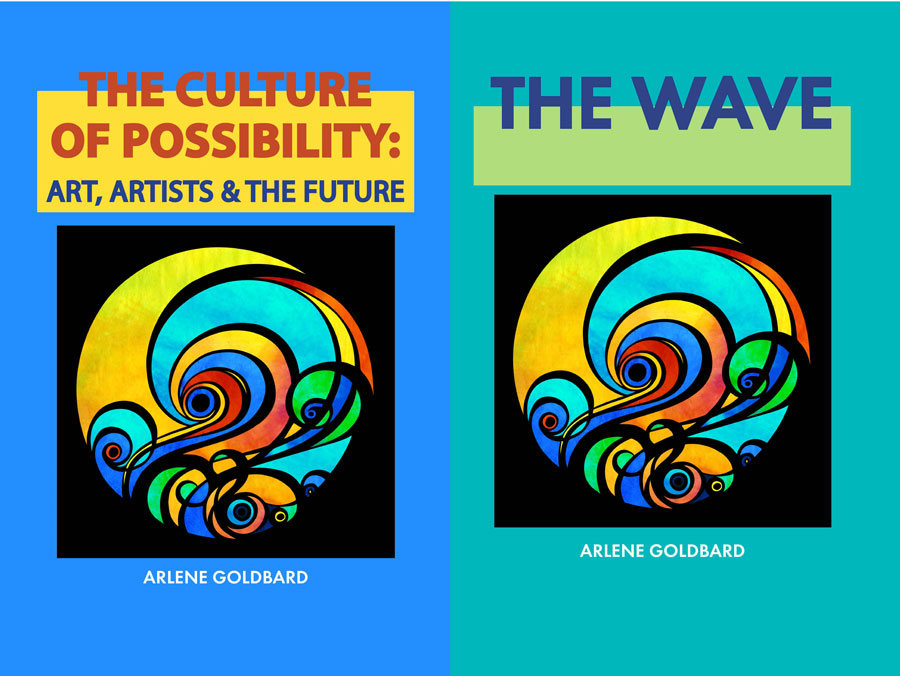 The Culture of Possibility: Art, Artists & the Future
by Arlene Goldbard
Waterlight Press, 2013, $18.99

“Culture is the matrix of any humane society, the power-source of the imagination, empathy, creativity, and resilience needed to activate our innate capacity for moral grandeur and social healing”
— The Culture of Possibility, page 11

I’ll bet good money that The Culture of Possibility: Art, Artists & the Future, and it’s companion volume The Wave, are the two most hopeful books you will read this year. In the midst of global crises on multiple fronts, self-described optimist Arlene Goldbard is here to say that a brighter, more just future is possible. More than that — the seeds of that future are all around us, if we can just learn how to see them.

Goldbard is one of the country’s leading advocates for community arts and cultural development. Her 2006 book, New Creative Community: The Art of Cultural Development, is the go-to survey of community arts in the US, establishing the field’s roots, core practices, and ethos. But with her newest books, Goldbard’s goal is a bit different. If New Creative Community was her scholarly treatise, her “Das Kapital,” The Culture of Possibility and The Wave are her “Communist Manifesto.” Based in ideas developed over years of writing and speaking around the world, Goldbard has written an impassioned call to action, aimed not just at progressives or artists but at all of us who are frustrated with the world as it is but are unsure how to create something different.

Across the two books, Goldbard’s overarching argument is that addressing the challenges we face today as a society — racism, climate change, income inequality, etc. — requires a paradigm shift, a new perspective “that can bring the full force of human creativity to bear on these challenges.” Currently, she explains, the dominant worldview in the US privileges that which can be counted and measured. Discussions about education are boiled down to test scores; environmental stewardship is discussed as a matter of setting the right emissions caps; and equality is held hostage to corporate bottom lines. While useful in some situations, this worldview greatly constrains our options when it comes to addressing social ills.

What we need instead, Goldbard says, is a worldview that prioritizes culture. By culture, Goldbard is speaking broadly of all the diverse creations of humanity, the “fabric of signs and symbols, language and image, customs and ceremonies, habitations, institutions and much more that characterize  and enable a specific human community to form and sustain itself.” A worldview that prioritizes culture appreciates the importance of that which cannot be quantified: stories, feelings, identities, meanings. For Goldbard, the arts are of central importance, not only as an aspect of culture but as a path toward this new paradigm. She calls on us to “learn to see like the most committed and skilled artists: eyes wide open, taking it all in, turning away from nothing, cultivating empathy and imagination, venturing forth, taking risks, admitting mistakes, persevering.”

Central to Goldbard’s argument is that this “new” paradigm already exists — in fact, it has existed for a long time (in some senses, for millenia) — but has been pushed into the background. If we look closely, evidence of it is all around us, “hidden in plain sight.” Her favorite parable to explain this has to do with all the people you see walking down the street with earbuds in, listening to music on their phones. It is easy to look at this scene as an example of modern alienation, of our increasing inability or unwillingness to engage in community. But, says Goldbard, what if we look at it instead as an example of how important the arts are to us all. We listen to music as a form of self-medication, a recognition that amid so many dehumanizing experiences at work or at school, the arts are a place to heal and recoup. As with this story, Goldbard’s goal is to help us recognize how central culture already is to our lives, and to extend that understanding into the ways that we engage in society.

In The Culture of Possibility and The Wave, Goldbard makes this argument three times in three different ways, hoping that at least one will resonate with each reader. However, the three version are different enough that it’s worth reading all of them. She begins, in the first half of The Culture of Possibility, with Hidden in Plain Sight, a collection of 28 reasons why the US should “pursue the public interest in art.” The 28 sections vary widely, and don’t need to be read in any particular order. They draw equally on empirical research, individual stories, and spiritual teachings, among other sources. Arguments range from the evolutionary (“Art-making is a survival trait”), to the pragmatic (“Art cultivates capacities essential to excellence in many professions”), to the psychological (“How we shape our stories shapes our lives”), to the biological (“Art can heal brain function”), to the sociological (“Art is powerful in the service of social change”). Along the way, she throws out a bunch of great ideas for culturally-oriented policy. One of my favorite is the “cultural impact study,” which, modeled after the environmental impact study, investigates the impact of any new development project on a community’s cultural life. (Note: If you happen to be involved in arts advocacy, forget connecting arts and test scores — here’s the list of arguments you should have in your back pocket!)

The second half of The Culture of Possibility, titled The World is Upside Down, is a more straight-forward essay. In it, Goldbard posits three questions that we, as a society, need to answer for ourselves: Who are we as a people? What do we stand for? How do we want to be remembered? She suggests that, right now, we are choosing between two sets of answers:

In The World is Upside Down, Goldbard argues that there has not really been a national conversation about the place of culture and the arts in our society. Instead, the national discourse has primarily focused on highly-politicized fights over federal funding. Conservatives, she says, have been adept at using cuts in federal arts funding as a way to score political points, despite the minuscule percentage of the federal budget this represents. She is equally critical, however, of her fellow arts advocates. Over the last couple of decades, she says, arts advocates have adopted the assumptions and language of “Corporation Nation” in a failed attempt to protect arts funding, and have sometimes relied on elitist and racist conceptualizations of “The Arts” to make their argument (See Americans for the Arts’ Raisin Brahms). In fact, Goldbard is not very optimistic about large-scale policy interventions. Instead, she is putting her energy into fostering a groundswell of grassroots interest in culture. That is the goal of these books, written for a broad audience in relatively accessible language. It is also her goal as a leader with the US Department of Arts and Culture, a grassroots organization that bypassed the government to create its own “people-powered department.”

The Wave, represents Goldbard’s third attempt at making her argument. If the “new paradigm” is about forefronting stories, then The Wave is where Goldbard puts her money where her mouth is. The Wave is written as a work of speculative fiction. The book takes place in the years 2023 and 2033, when the paradigm shift Goldbard is arguing for has already taken place. While it’s not likely to win a Hugo, The Wave is effective in imbuing Goldbard’s argument with new vigor and hope.

The Wave takes the form of a compilation of articles written by a young journalist named Rebecca Price. In the articles, Price uses a series of interviews to investigate the roots of a major paradigm shift that she has dubbed “the wave.” Each article gives us a glimpse into one facet of this change — hospital “storytelling corps,” schools with arts infused into every class, a company that offers personal guides through multi-sensory experiences, and much more. Each of Price’s interviewees has a different opinion about where and when this change started, but all agree the change has been a welcome one. As a reader, I found this version of the argument to be the most effective. Reading about these ideas — some brand new, some existing but marginalized — as already having taken place made them seem so much more possible.

The idea that a major cultural shift is necessary if we are going to address climate change, colonialism, racism, and other “wicked problems” has been gaining in strength in recent years. This is the argument, for example, of Naomi Klein’s widely read book, This Changes Everything: Capitalism vs. the Climate. I found myself wanting to put both authors in conversation with each other, because while Klein makes clear the need for a cultural shift, Goldbard offers us a path to get there — a path that doesn’t have to start with major environmental or social policy, but rather with each of us looking at the world in a new way, using the artistic and cultural resources we already have at hand. 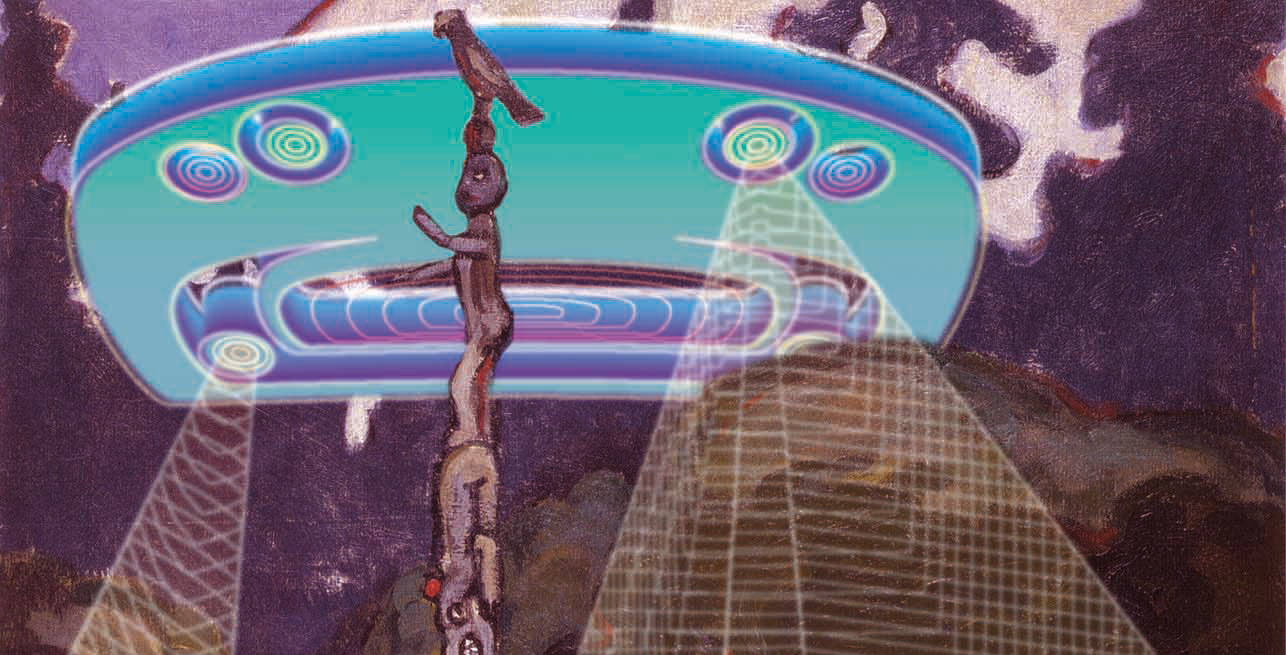