Are you drowning in think pieces about what Trump’s election means for the left? How about a little practical advice from our favorite troublemakers.

With Trump preparing to take over the White House, activists and organizers are scrambling to prepare themselves for the inevitable fights ahead. Getting out ahead of Trump will require struggling on multiple fronts at once, engaging in diverse organizing strategies, and thinking beyond common, predictable modes of protest.

Of course, this is the approach that the minds behind Beautiful Trouble, Beautiful Solutions, and Beautiful Rising have been promoting for years. Rather than laying out a single organizing strategy, these sites offer interconnected webs of tactics, stories, principles, and theories shared by activists around the world. Together, these modules serve as “toolboxes” for radical change, and can be combined in numerous ways to respond to different issues and local contexts.

Not long after the election, Andrew Boyd and Dave Mitchell, the original editors of the Beautiful Trouble book, turned on the B(A)T signal. They called on contributing editors to curate a Beautiful Trouble toolbox for the Trump era, selecting and summarizing modules with particular relevance to this moment in time. The result is Trouble Vs. Trump, an ongoing series that will be posted at the Beautiful Trouble Blog. I’ve included a few below to whet your appetite. Click HERE to read the first set of six modules, with much more to come.

Insights from Beautiful Trouble and Beautiful Rising for the era of Trump.

As our movements gear up to face down the looming Trumpocalypse, here are 10 modules from the Beautiful Trouble and Beautiful Rising toolboxes that may prove useful. In sum: Points of intervention are specific places in a system where a targeted action can effectively interrupt the functioning of power and open the way to change.

If we are going to mobilize people to effectively resist the Trump agenda, we must pick our battles wisely, and recognize where we can intervene to have the greatest leverage. It’s worth

considering five different types of points: production, consumption, destruction, decision, and assumption. For example, ongoing boycotts and targeted phone-jams of Trump’s business empire are applying economic pressure at the point of consumption. Trump’s threat to deport millions of undocumented Americans is being forcefully resisted by rebel cities and a new Sanctuary Movement that will challenge migrants’ criminalization at the point of assumption and potentially, through mass direct action at airports, train and bus stations, at the point of destruction. Strikes and other point-of-production actions have historically been used to resist terrible presidencies. Yes, the Presidency is a powerful office, but there are many, many other points of decision at which we can intervene and win victories: remember how during the dark days of the Reagan Presidency, ACT-UP brought the fight for justice for people with AIDS directly to drug companies and the FDA. In sum: The first rule of guerrilla warfare is to know your terrain and use it to your advantage. This holds true whether you are fighting in an actual jungle or in the metaphoric wasteland of mass culture.

Trump did not reach the White House by offering a coherent economic policy or political platform. Rather, he made a cultural appeal to voters discontented with the direction they saw the country going. We need to understand this cultural wave that helped lift Trump to the presidency if we are going to counter his administration’s policies and divert some of this discontent toward more progressive ends.

A significant part of Trump’s campaign was based in white identity politics. He stoked racial fears while offering a nostalgic vision of a time when the privileges of white Christian men went unchallenged. This aspect of Trump culture is toxic, and must be countered at every turn. Other aspects of Trump’s appeal, however, resonate with the concerns of many on the left and can be built upon to support radical politics. Trump effectively played on people’s utter disgust with a “rigged” two-party system that is elitist, out of touch, and in thrall to undemocratic interests. He spoke to a feeling that the economy has left many, many people out even as it has “recovered.” These appeals may seem a bit absurd, given Trump’s own elite background and support for Wall Street over main street, but they offer potential leverage points for holding Trump accountable and crafting effective cultural strategies. Every time he nominates an establishment politician, or gives a tax break to the wealthy, there is a crack in his narrative we can exploit.

A word of caution: We shouldn’t overestimate the strength of Trump’s narrative — he did, after all, lose the popular vote amid very low turnout. We also shouldn’t simplify the story, for example painting Trump voters with a broad brush as poor and working class whites. Much of Trump’s support came from traditional Republican strongholds (read: wealthy white people). Still, Trump’s discourse during the election has shaped the cultural terrain that he is about to step into, and that terrain, while largely hostile, has some pitfalls we should be taking advantage of. In sum: When activists are threatened, it’s important to harness national or international networks that can provide support and deter violence.

As the large numbers of women and minorities signing up for self-defence classes since the election testifies, many people are taking the threat of Trump very seriously. The threat of violence against activists, both directly from the State and indirectly from individuals and groups emboldened by Trump’s rhetoric, has escalated greatly in the last year and may continue to rise.

To counter this threat, we must reach out to and support one another: report threats we’ve received, reach out to others who have been targeted by threats, disrupt and defuse bullying or harassment when we see it, form networks of support, share skills and resources, and call on organizations that can assist: the Southern Poverty Law Center, National Lawyers Guild, ACLU, the Anti-Fascist Network, and the Sanctuary City and Sanctuary Campus campaigns, to name a few.

Now is the time to move from impartial observer to ally to solidarity actor, to risk privilege and favor, to take a stand, to show up the way asked to. As Barbara Kingsolver writes, “There’s safety in numbers, but only if we count ourselves out loud.” 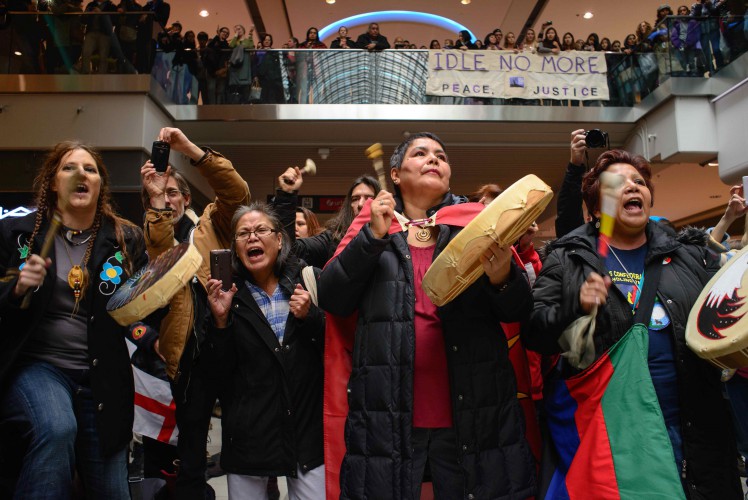 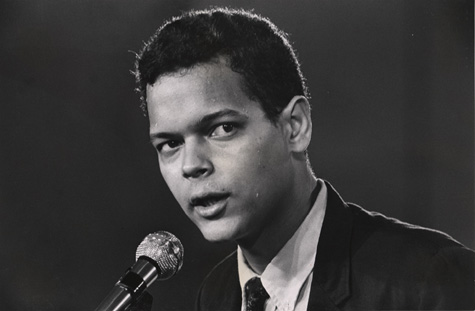